Supported by BAPPENAS an KADIN, IBCSD together with APRIL Group held their plenary of the webinar series: “Achieving SDG Target in The New Normal” on June 25th, 2020. This webinar is part of the private sectors action looking at how development trends in Indonesia that show positive developments has been shaken by the impact of the Covid-19 pandemic. 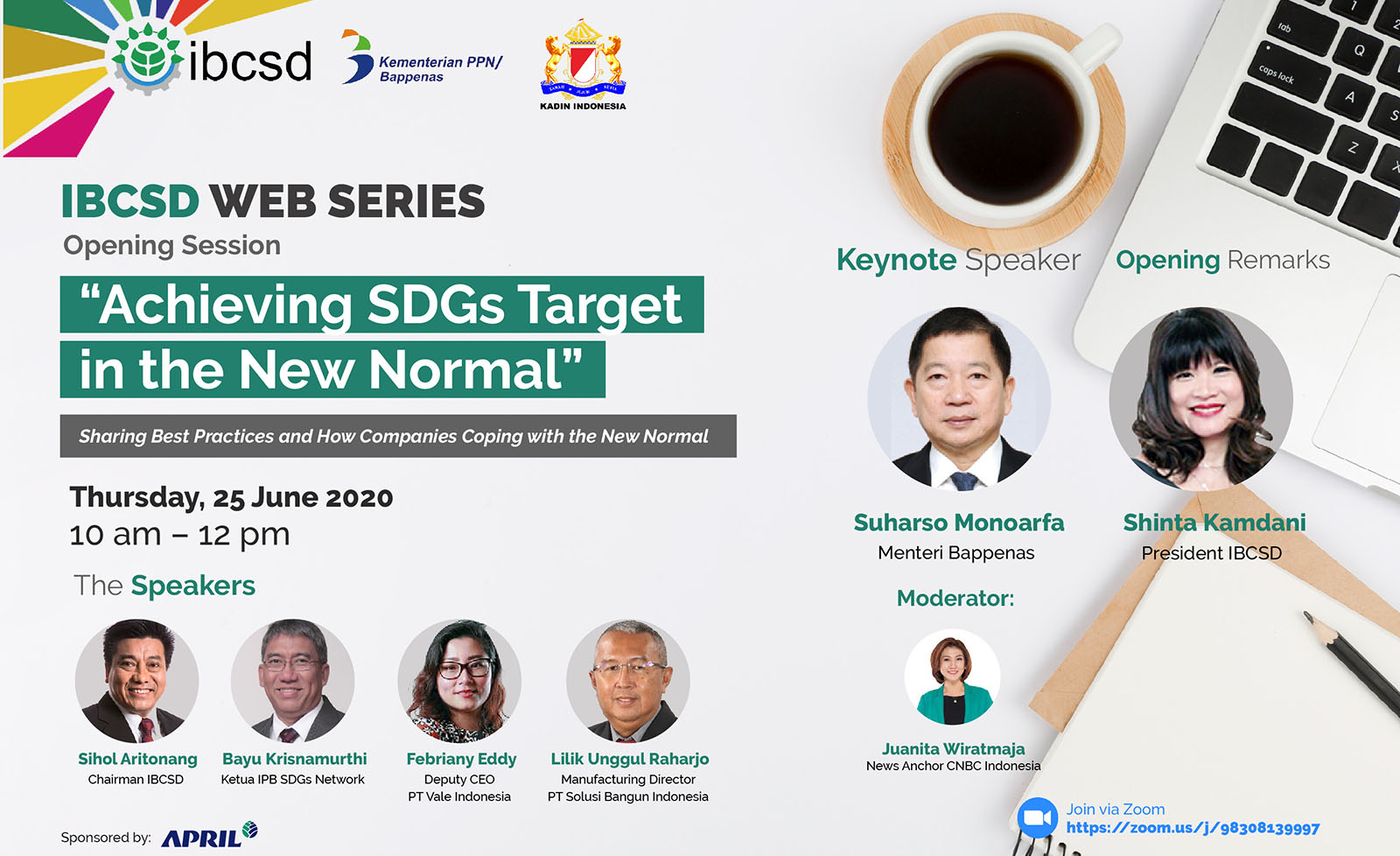 Minister of National Development Planning and Head of BAPPENAS, Suharso Monoarfa, revealed the goal of national development in 2021, is first to reduce poverty levels. To achieve these targets, the focus of government economic recovery is the recovery of industry, tourism and investment, including strengthening food security systems; National health system reform; Reform of the social protection system; Reform of the disaster management system; and education reform.

Suharso also said that collaboration is the key to achieving these targets. “The government clearly cannot work alone but requires intensive collaboration between the government, business people, and the community, and various relevant stakeholders. For this reason, various joint steps can be taken to overcome the impact of the pandemic in the business sector collective action agenda to support the achievement of SDGs. “

Related to business world initiatives in supporting the achievement of SDGs, IBSCD Chairman Sihol Aritonang revealed that despite the pandemic, the majority of industries did not change their views on SDGs. As many as 81.8% of respondents from the IBCSD survey stated that the company will continue to do various businesses and work according to the target SDGs that have been determined as a focus even before the pandemic occurs.

In addition to the three speakers, this time the webinar was also filled by the Chairperson of IPB SDG Network Bayu Krisnamurthi, Deputy CEO of PT Vale Indonesia Febriany Edy, and Manufacturing Director of PT Solusi Bangun Indonesia Lilik Unggul Raharjo. UNDP Indonesia Resident Representative, Christophe Bahuet was also present as a respondent, together with representatives of the younger generation through Youth in Sustainability.

Find all the speakers material, press release, and the recorded webinar here:

“Our Solutions Are in Nature”