Pulp and paper giant Asia Pacific Resources International Ltd (APRIL) Group has launched its environmental commitments dubbed “APRIL 2030”. APRIL Group, as IBCSD member company, shows their effort to improve the sustainability of its business operation and support the achievement of the Sustainable Development Goals (SDGs) in the next 10 years by doing so. Anderson Tanoto, the director of APRIL Group’s parent company Royal Golden Eagle (RGE), said that strengthening investment in climate, environmental and sustainable development was the way toward economic recovery amid the coronavirus pandemic. 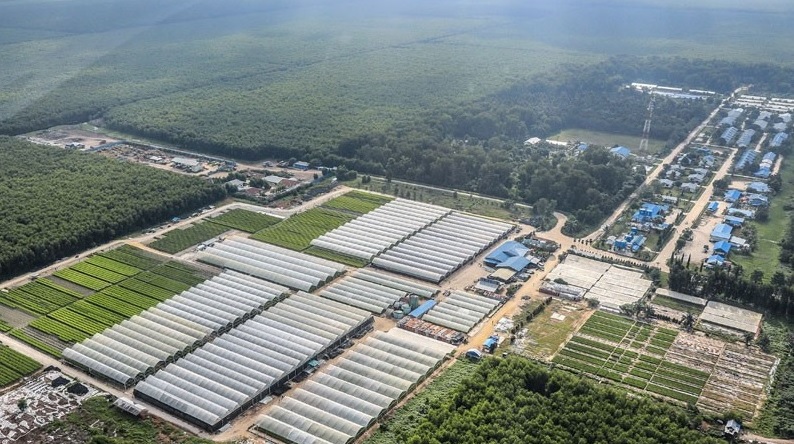 “Charting out a path to sustainability must be done actively, not reactively,” Anderson said in a press conference on Tuesday. He said that APRIL Group was committed to achieving up to 18 targets of four main categories on its list: climate, landscaping, inclusive progress and sustainable goals. “We are aligning ourselves to achieve a zero net emissions target from land use,” Anderson said, adding that the company aimed to reduce its overall carbon emissions intensity by 25 percent.

APRIL Group has set a target to have 90 percent of its mills and 50 percent of its fiber operations energy coming from renewable and clean sources. It also plans to build an on-grid solar panel to produce as much as 20 megawatts of electricity, with construction expected to start next year and the solar panels fully operating by 2025. “Once it is completed, it will be one of the largest solar panel installations constructed by a private company in Indonesia,” Anderson said. He said APRIL Group would double down on its production-protection landscape management by ensuring zero net loss of conservation and protected areas as well as reducing up to 80 percent of solid waste sent to landfill.

The company also recommitted its profits of at least US$1 per ton of plantation fibers it harvested to fund its annual US$10 million conservation and restoration programs. APRIL Group was committed to advancing tropical peatland science through its upcoming Eco-Research Camp in Kampar regency of Riau, which is expected to be a hub for peatland research. The construction is slated to finish by the end of this year, Anderson said.

Sihol Parulian Aritonang, the president director of PT Riau Andalan Pulp Paper (RAPP), a subsidiary of APRIL Group, said that APRIL 2030 was a way to support the Indonesian government’s commitment to reach its climate change mitigation goals as well as economic development. Since Indonesia embraced the SDGs adopted by the United Nations General Assembly in 2015, APRIL Group has taken up its sustainability policy framework that includes a commitment to stop deforestation. “As a responsible private sector, we want to participate. We launched [on Tuesday] our next 10-year commitment on how APRIL group positively contributes to climate [issues],” Sihol said.