Jakarta, 30 November 2021 – IBCSD’s members, APRIL held the first screening of Frontier Sumatra attended by dozens of enthusiastic stakeholders.?Frontier Sumatra tells the incredible story of the people, the animals, and the land of the Kampar Peninsula in Riau Province, a remote peatland rainforest twice the size of Singapore. At its heart is Restorasi Ekosistem Riau (RER), the ambitious forest ecosystem restoration project of APRIL that unites communities, scientists, and industry in the battle to protect one of the last intact peatland forest landscapes in the region.

Restorasi Ekosistem Riau (RER) is a ground-breaking private sector-led (APRIL) project to restore and conserve ecological important high conservation area on Indonesia’s Kampar Peninsula and Padang Island, Riau Province. Kampar Peninsula is the largest remaining intact peat forest in Sumatra and home to at least 823 species, many of them critically endangered. The forest, on Sumatra’s east coast, has been degraded over the years by wildlife poaching, illegal logging, and human encroachment. Since 2013, RER has been working with partners from the private and public sectors to protect this vital ecosystem 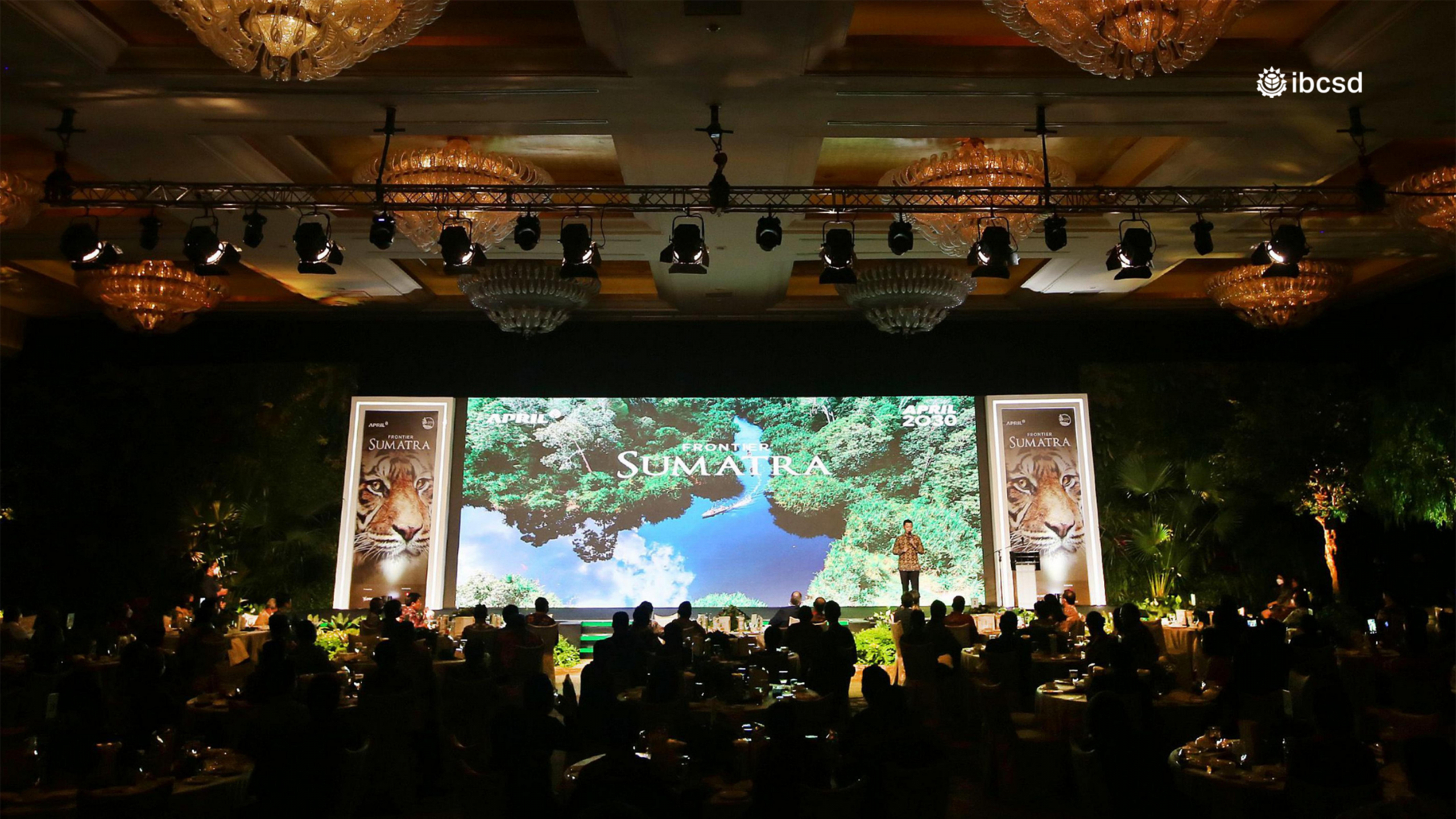 Speaking at the event, Anderson Tanoto, Managing Director, RGE highlighted the importance of conservation and responsible landscape management. “We have run our business successfully. But we also have to protect the forest landscapes around us”.

At the event, Praveen Singhavi, President, APRIL Group, and Lucita Jasmin, Director of Sustainability and External Affairs, also provided updates on the company’s business performance and the ongoing implementation of its sustainability commitments.? The screening was just one of several activities set up to mark the one-year anniversary of the launch of APRIL’s long-term 2030 sustainability targets.

This project documentary has proven that the private sector is particularly concerned about the environment’s long-term sustainability. The movie succeeds in documenting the attempts to restore the Riau ecosystem, in which all parties are involved, including not only the ecological expert team but also the population of the surrounding region. IBCSD hopes to see more private sector businesses take action to protect Indonesia’s biodiversity.