A study conducted in 2016-2017 illustrates how business such as oil palm plantations bear huge costs due to the conflict. It is a study initiated by the Indonesia Business Council for Sustainable Development – Conflict Resolution Unit (IBCSD-CRU) which found some surprising data about the amount of conflict costs borne by the company. Conflict produces tangible costs, which are direct and factual, and intangible costs that are direct and often undocumented. Real costs are estimated at around USD 70,000 to USD 2,500,000 arising from loss of potential income and loss of opportunity. The risks may include loss of profits, staff and legal fees, compensation, or rising production costs. This represents 51 per cent to 88 per cent of plantation operating costs and 102 percent to 177 percent of annual investment per hectare. This percentage comes from the total allocation costs to deal with conflict. 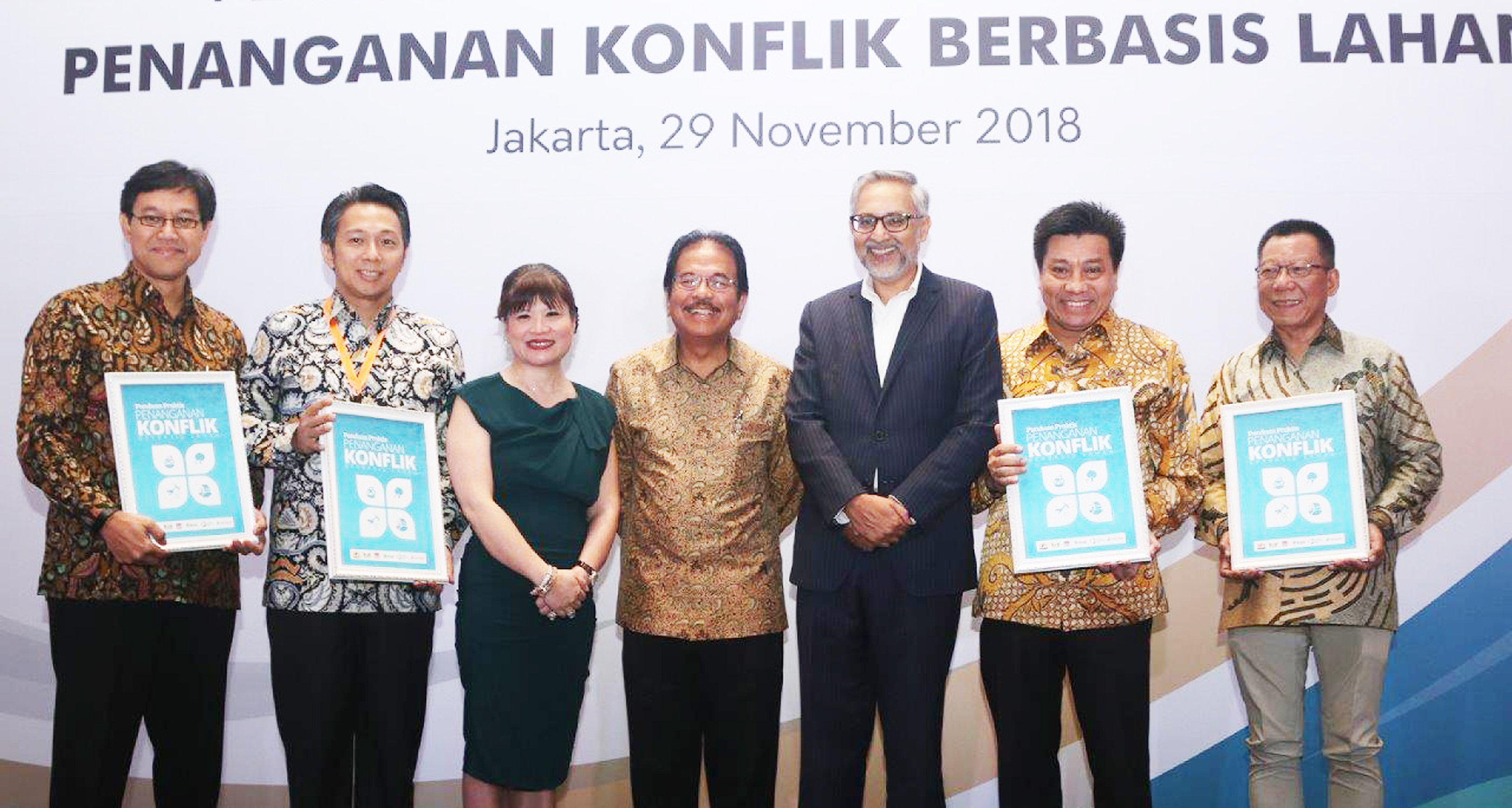 In addition, social conflicts also carry intangible or ‘hidden’ costs that range from USD 600,000 -to USD 9,000,000. These costs are indirect losses caused by the risk of escalation of conflict, reputation risk, and the risk of violence against property and people. These findings reinforce the notion that social conflicts – including land-based conflicts have produced tremendous impacts for companies as users or land developers.

Regarding this, CRU – IBCSD with other stakeholders worked together in the initiation of publishing this handbook of a practical conflict resolution. This handbook provides some basic concepts for dealing with land and social based conflicts arising from business activities. This book contains several important stages of conflict resolution, starting from the complaints mechanism, resolution, and implementation of the resolution to the way to end it.

The event itself was held on the 29th of November.  UK Ambassador Moazzam Malik, alongside with Minister of ATR / BPN, Sofyan A. Djalil, which also present as the keynote speaker, were there to witness the launch. Number of representatives from business people also attended the event, including PT Rimba Makmur Utama, PT RAPP, Sintesa Group and Siam Cement Group Indonesia whom received the Handbook as representatives of the private sectors, from IBCSD President Shinta Kamdani. Hopefully with the better procedures for resolving conflicts, it will assist in reduce the number of land-based conflicts to encourage the growth of a sustainable business climate.